Facebook Memories that is empowering me with my defensive practice to share stories of my experiences of the impact of being targeted 2 years ago. Here’s is why I am challenging the Judiciary Of England And Wales to up their game in light of the institutional discrimination of Mervelee Myers. And the individuals from the establishments and systems involved from 2014 to date. Must be brought to justice by www.gov.uk/government/organisations/judicial-appointments-and-conduct-ombudsman. There is just too much pussyfooting about by the powers that be.

Mervelee Ratty Nembhard is feeling motivated. February 4, 2017 at 6:54 PM · Grays ·  So I noticed this Young Man came out as soon as I arrived at the Nursery World Magazine #NWS2017 when I was waiting for Olive Regis-Williams. He moved from one spot to another so I went and stand outside the #DesignCentre. Updates 4/2/2019: This incident happened the day after the ET https://www.gov.uk/employment-tribunal-decisions/ms-m-myers-v-london-early-years-foundation-2300047-2016 that ended up with the Employment Tribunal London South presiding over the second miscarriages of justice against me.

It was only later after I visited a few of the #Exhibits, I identify the Young Man and someone else… Ha-Ha, all it was, was a #Lookout, so this particular person could do a #DisappearingAct. But she could be spotted from a distance after #Trooling my LinkedIn. Updates 4/2/2019: The someone else was none other than Liz Roberts, Editor, Nursery World. Strangely enough, I represented LEYF during Mark Allen Group news.nw@markallengroup.com consultation in Dulwich before. It’s only a pity I have nothing to show for it. The proof was given to LEYF that I represented. But I have taken on “Tech Don’t Lie” as one of my mantras.

Is feeling excited. February 4, 2017 at 4:06 PM · #NurseryWorldShow2017 done for me. A very rewarding day out with Olive Regis-Williams. Updates 4/2/2019: I must let the world know that I have been facing exclusion, ostracism, trolling and every negative action that those who colluded with LEYF can think about to try and break me. But I am a resilient person for whom, giving up was never an option. That’s why I have continued from when I got my website in May 2012 to having in published https://fight4justiceadvocacy.business.site to share my stories. I was off to see someone who thinks because he was High School educated he could silence my views on Facebook. But good sense prevail and that’s why I was off to Essex to #Linkup wid Jamaica #People

Dinner tonight is Oats Porridge & Cream Crackers. Have to add my Sweetened Condense Milk to make it Palatable/tasty. Never promised to CET out of my Diet at all? So now I get on with the jobs at hand so I can continue with the PROJECTS! Updates 4/2/2019: Since writing this I am even more health conscious about my disabilities and progressive medical conditions that I am more an expert on subjects from cradle to grave as can be verified from me keeping up with www.heal-d.co.uk. Top of Form. 2Clover Taylor and Judith Gordon.   Bottom of Form. Share

4 years ago  Mervelee Ratty Nembhard.   February 4, 2015 at 7:48 PM · London ·  Lori Reid Taurus Apr 21 – May 21 You can count on support at home to reduce that mountain of domestic chores. As a result, you’re able to put in a sterling performance at work. A joint project is held up, offering time for tweaks. Call me to hear when someone needs your special TLC. Updates 4/2/2019: This time in 2015, I was still working at BIB LEYF. But the rot had set in from I attended Rumi’s wedding and the allegations and lies were put in place resulting from the sanctioning of the discrimination by none other than the CEO who had given me the Long Service Awards 2014. However, https://juneosullivan.wordpress.com/author/juneosullivan/ was using my intellectual property from 2010 to benefit herself. Top of Form. 1 Comment.3Clover Taylor, Judith Gordon and Karl Udekwu   Bottom of Form. Share

5 years ago. Mervelee Ratty Nembhard shared a photo. February 4, 2014 at 10:01 PM ·  When I came to the UK over 20 yrs ago, I thought I was Invincible? Now everything is catching up with ME! So 2moro there is going to be a STRIKE & the rest is History. When I was in JA recently they were asking why I am walking & not taking a taxi? Had 2 run the reasons by them every time! So no it is not because I have a BP that I am Mad, Mean & have Money that I don’t want to Spend! Hope U understand wat I MEAN? updates 4/2/2019: Here’s why I am holding The Honourable Mrs. Justice Simler DBE President Of The Employment Appeal Tribunal responsible for the email sent julie.wood2@hmcts.gsi.gov.uk. Why did she send my case to the EAT?

My daughter-in-law says this picture was too good to miss. You can visit www.google.com to see how I have been contributing to creating the legacies. I was doing this from the time my brother entered the Political Arena. Top of Form. 6 Comments.   9Tay Sweetness, Fitzroy Scott and 7 others.  Bottom of Form. Share.   5 years ago. Mervelee Ratty Nembhard is with Employment Appeal Tribunal and LEYF Nurseries. February 4, 2014 at 8:41 PM ·  My grandson Kevin Murray JNR at his grand uncles’ Pastor Rohan Shorty Turner’s funeral. Bottom of Form. Share.  1 year ago Updates 4/2/2019: There was a time when if I missed anyone’s special occasions like a birthday I would feel as if I was letting myself down.

Happy belated bd to my sister Denese Clarke, grand nephew Nicholas Ann Chambers & fren Joyce Green. Sorry, I missed u but I was sick worst than a dog. X Mervelee Myers. Top of Form 5 Comments.1Judith Gordon. Bottom of Form. Share.   6 years ago Mervelee Ratty Nembhard shared a photo. February 4, 2013 at 10:45 PM ·  Have 2 get my claws into this 1!!! “People are free to have their own opinion on whether the spot #GetHappy is racist or not. My brother-in-law comes from Kingston, b… See More. Updates 4/2/2019: I will touch briefly on this because I mentioned I was sick as a dog. This is my proof that because of the ill-treatment at BIB, I was unable to manage and control my disabilities meant I was signed off sick from work. Top of Form. 2 Comments.  1Jasmine Hylton. Bottom of Form. Share

6 years ago. If anyone had told me that I would be going through 5+ years of hell after my experiences that resulted in me being part of www.acas.org.uk/researchpapers between 2004 – 2008 at an NHS Workplace Nursery, I would not believe it. But this is the reality of www.slam-iapt.nhs.uk/southwark. After http://unison.org.uk and the LEA sen@southwark.gov.uk left me to fend for myself after the first nervous breakdown.

Mervelee Ratty Nembhard.  February 4, 2013 at 2:50 PM ·  Had strangest call just now… International!!! So sum Geek talking bout my Computer… Told her I was gonna end the call since she wont disclose how she got my #…# She claimed I am wasting her time? Bit rich since I never called her…? Top of Form. 5 Comments.3Monro Ralston, Andrea Brown and Karene Salmon Bottom of Form. Share7 years ago

Mervelee Ratty Nembhard is at Cosmo, Croydon. February 4, 2012 at 11:41 PM · Brave de Coal & Went out last night go celebrate me Fren BD. LaM a now me undastan why de bwoy did say “Ku BICKLE when Im end up a UK…” Had more of my DNA confirmed at the Dentist 2day!!! Since I doan hab D&P den me Dental Problems must be Genetic indeed… Updates 4/2/2019: The more things change, the more they remain the same. 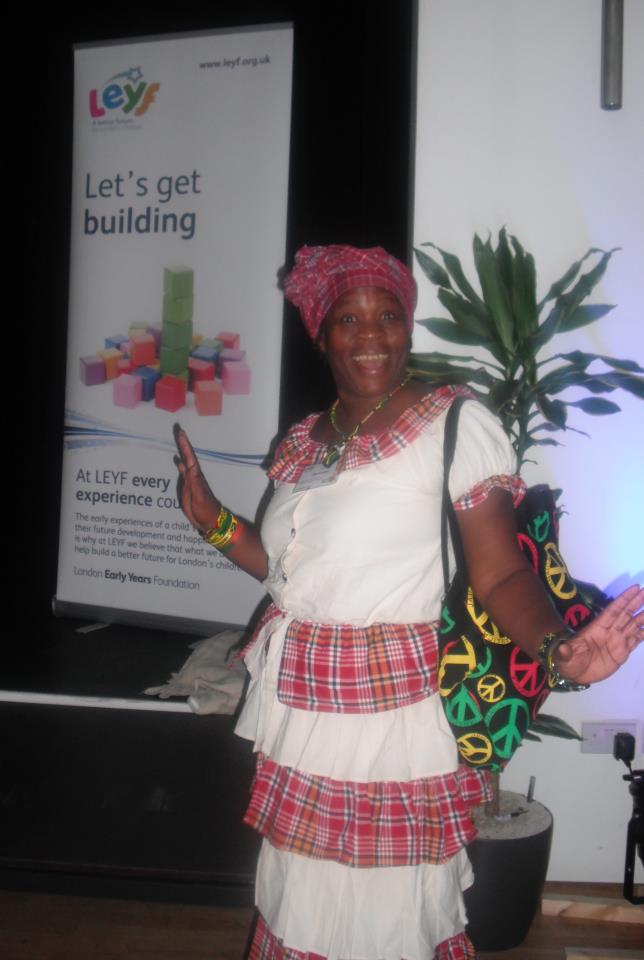 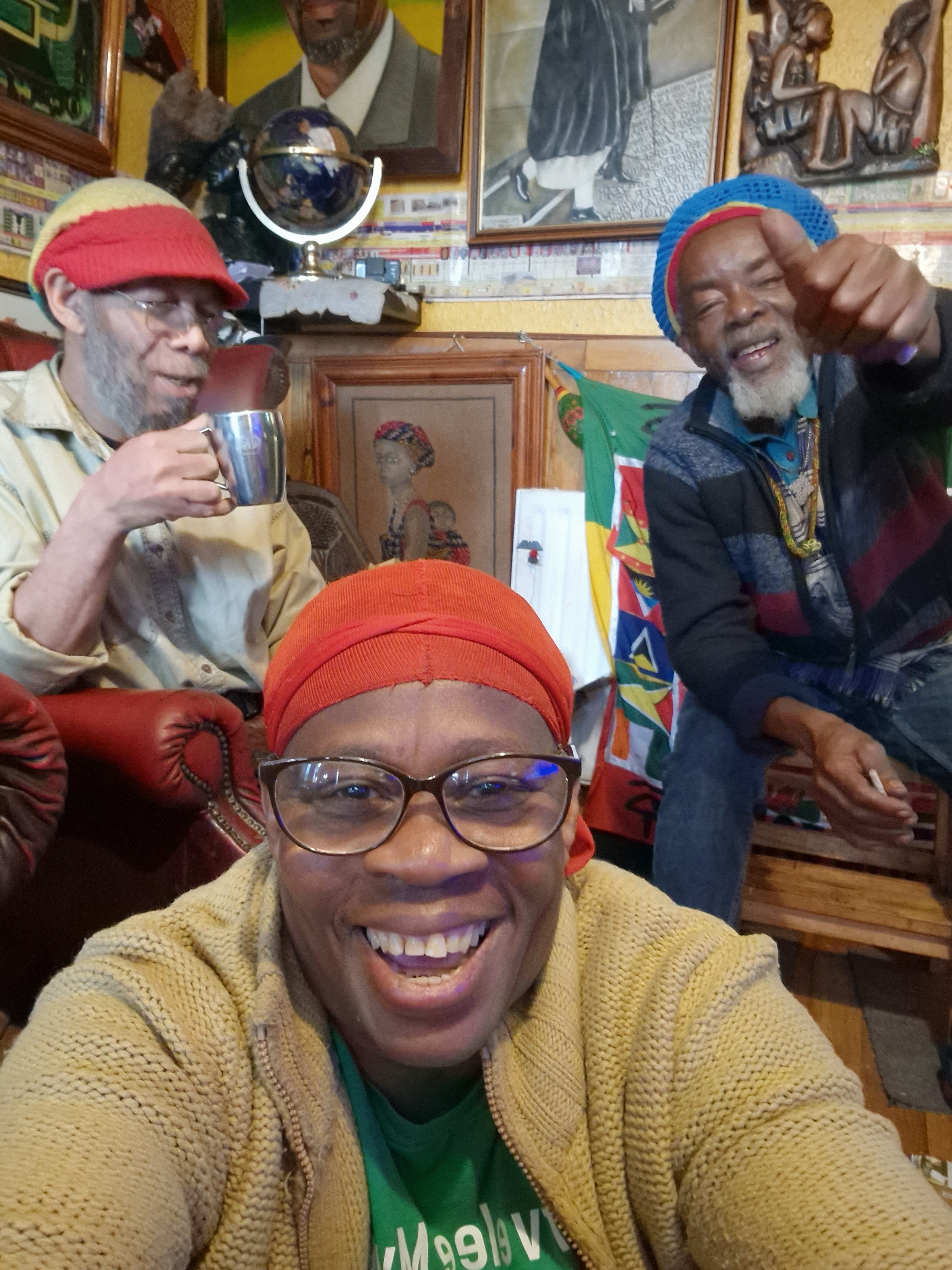 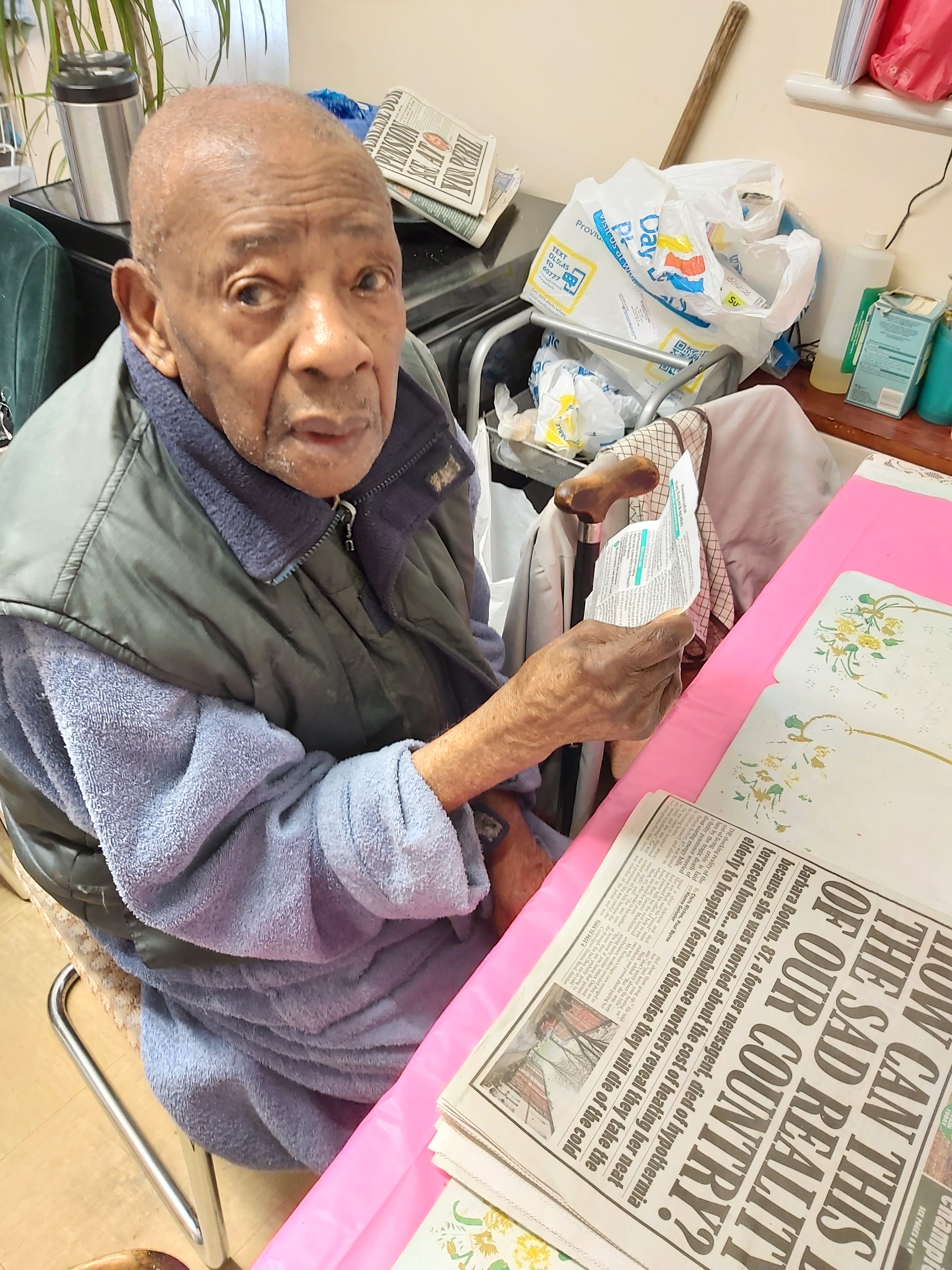 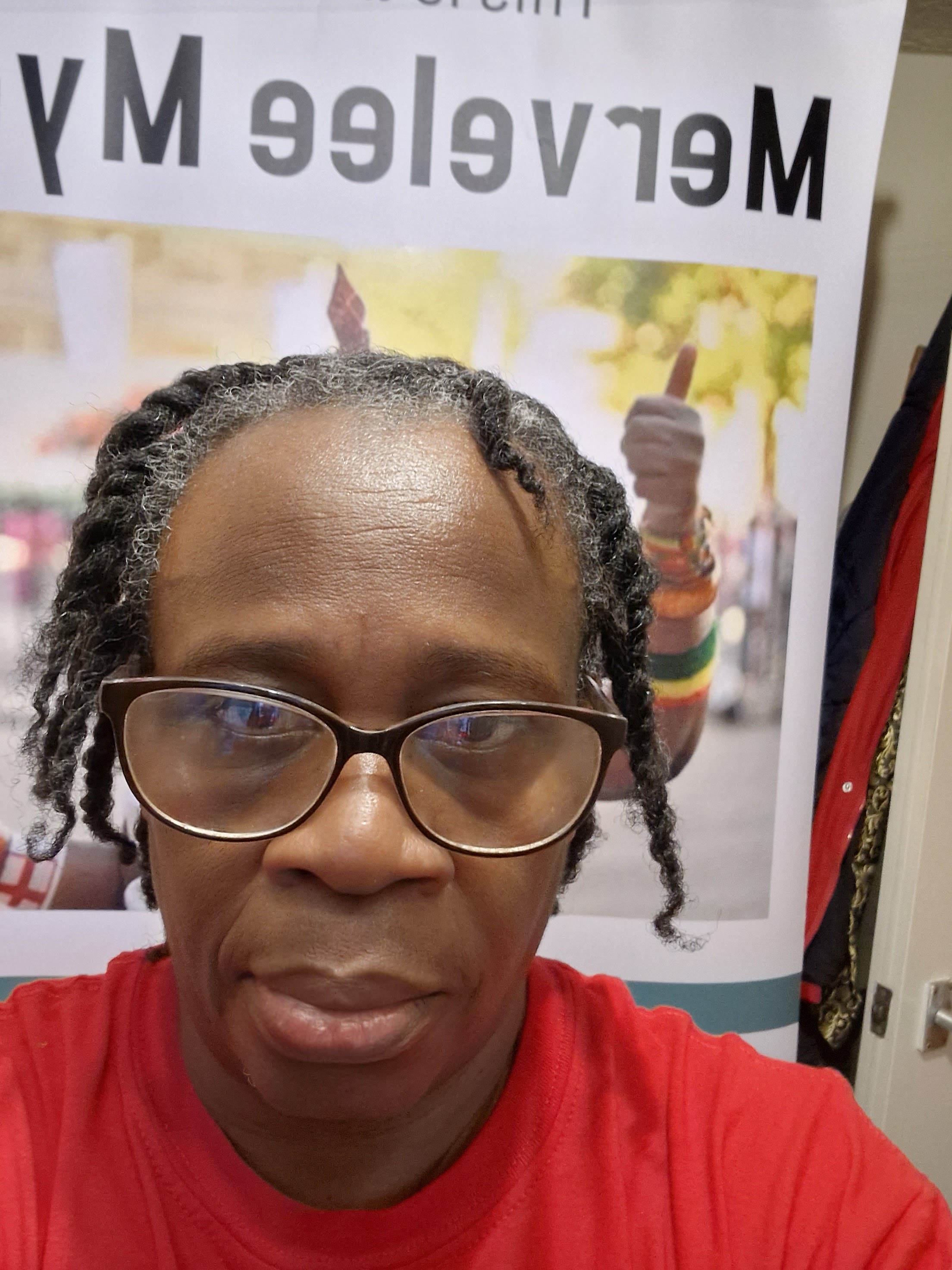