Updates 7/10/2018: Now maybe the LondonEAT@hmcts.gsi.gov.uk and www.justice.gov.uk/tribunals/employment-appeals/ need to understanad that Facebook must be taken into account with regards to this matter. On the 16/1/2016, Stacey-Jane Whitfield wrote on Facebook about the impact of not getting a break until late. She rounded off her comments with especially if you have diabetes. Joelle Lax was one of those who responded to her comment. Now Joelle Lax no longer working for LEYF for reasons to do with Alev Sagnak or Hussein. Joelle Lax was one of the Panels at the Disciplinary Hearings that tag me uncooperative, unprofessional, rude, intimidating, confrontational, aggressive and lacking empathy.

Please go to https://www.linkedin.com to see how I am associated with these former colleagues and in what capacity? I wil rest my case here for now and let the public decide. Whilst I was being made a victim by https://www.gov.uk/employment-tribunal-decisions/ms-m-myers-v-london-early-years-foundation-2300047-2016, the reviews on www.leyf.org.uk is conclusive proof of how they were perverting the course of judgement. How can LEYF claim not to have any data for the 6 years I work with them? To compound matters, claiming they have no record of the CEO Long Service Awards.

In 2011, I was published www.nurseryworld.co.uk/ Later in the year I was on http://skynews.com/ representing LEYF. I was at http://communityplaythings.co.uk. And of course I was providing information to http://worldreferee.com/referee/valdin-legister/bio. My son done an acknowledgement for Luton Street Team, yet I am now missing out on my family for the past 4+ years. I will let the public judge who is the credible witness.

I am resharing this as a #EarlyYearsPractitioner, whose life LEYF Nurseries – #LEYF destroy after the death of my MOTHER.
Sandra Delgado and former colleagues from Luton Street send me off with a Leaving Story Card made into a book. And other gifts and individual present.
Isn’t it time for those who face Discrimination at work speak out? There are reviews on the website. Why is the Employment Tribunal regulations failing to take those into evidence? Yet Facebook gives terrorists access to my account to radicalise me after 2 years when I revert to Passive Aggressive Behaviours to save myself ending up like my brother who died in #prison. I know how LEYF use people data to hold them to ransome. #JuneOSullivanis a psychopath, who believe she is superior. Go do the research about #Eugenics.

Sandra Delgado Mervelee you know that I have always had the up most respect for you and I know that I was always the one that could make you smile!

I would never give up until I got a smile out of you! You shared with me things that I know you have only shared with…See More

Mervelee Ratty Nembhard I am no problems with this. But I need to use whatever means I can to have a voice. You are being hypocritical by claiming not to know about my stories as well as the story of others. You are also embellishing the fact. Therefore we can agree to disagree about www.leyf.org.uk parents and former employees reviews.

Mervelee Ratty Nembhard Now you want us to see who is the credible witness https://www.gov.uk/…/ms-m-myers-v-london-early-years… happen after I came back from burying my Mother. Do you want me to go into details about when you were transferred to Luton Street, I will.

Mervelee Ratty Nembhard I will go into details about how I have to come to the rescue of the Apprentices, some of who were suffering Mental Health Conditions. Maybe then the Daily Express will find my contributions to the Mental Health CRUSADE?

Mervelee Ratty Nembhard I will write about how LEYF Nurseries – #LEYF breaching the Equality Act 2010 protected characteristics to discriminate against employees. I will start with the allegations against my colleague who was transitional into her sexuality. As I suspected, s…See More

Mervelee Ratty Nembhard Now I am looking at Sometimes Satan Wins. I will go back to have a listen. But as far as I am concerned, #LEYF is the Satan that wins because the Employment Tribunal presi-DEAD over another miscarriage of justice and leave me a victim.

Mervelee Ratty Nembhard People like you are out there painting a false picture of #LEYF. I stick by every word I say. Here’s a list of men whose life destroy with allegations: #Oshana, he got a job and the reference flagging the allegations was made. He is working under Modern Slavery Practices. He is at the mercy of LEYF and #MariaGoncalves. I will forgive her for what she has done to me because she stood up for Oshana over the years.

Mervelee Ratty Nembhard Another is #DavidStevens. After allegations, he was strip of managerial role and back on the floor. Go do the research where David was in the organisation.

Mervelee Ratty Nembhard Another is #RickyBullen. I know what happened to him at Brixton. This is after #CarolynQuirke, the Nursery Assistant wrote a report. Did #HildaMiller not threatened to call the Metropolitan Police Service on him?

Mervelee Ratty Nembhard Listen Sandra Delgado, today is #SilverSunday. Go do your research about my contributions. I will leave you with the information that my sons Kevin Murray and Valdin Legister are missing 4+ years of my life. My 4 grandchildren are missing out. But more…See More

Sandra Delgado This is what you need to grasp onto your children and grandchildren. I was at the bottom too not even wanting to carry on! But I had to find something to live for! Something to carry on for! And I had to do it on my own. No help from phycologists, no tablets just feeling the injustice on my skin and in my heart! Thats how I got you and I understood you and how I empathised with you.

You have just finished saying it, a grandchild on the way. Forget getting back at anyone God is big! God is righteous he sees and watches everything and those that harm in one shape or form will recieve back what they have done!

Like I said to you! That is not my experience. But yes I remember your argument!
But do not bring me into this when it has not been mine!
Whatever I put up and in this case it was to help children with needs in Tanzania! It is nothing to do with LEYF! It is me as a mother and as a practitioner! Ihave not only worked for LEYF all my life! I have worked in other places before.

You use!
That is not correct!
This is advertising feathers tale.

Mervelee Live your life, think of your children and grandchildren they are what matters not no battle. It will only kill you more. That is where the Devil takes over when you allow the negative to become your state of mind all of the time! He and his army feed off that energy.

God will deliver but it needs you to do as Jesus Christ did! Did he harm those that crucified him or harmed those that did not believe in his words?

The reactions that you have to situations will soon become what comes back onto you, because this is one of the universal laws. This is how God works. He has given us free will and if we react back in the same way, as what has been done to us then we shall recieve.

I really do not want to block you because I have respect for you and you are totally free to post and speak about what you need to. But stop using my posts! Of something that is to raise money for children in need! And turn it into a battle when there is no need! Plus in a way you are not respecting me and my daughter!

Mervelee Ratty Nembhard Sandra Delgado, I will leave you with this fact that I could be your #mother. Someone have obviously put you up to doing this. Now go ahead and block me, do I care?
@Copyright https://www.facebook.com/public/Mervelee-Myers. 7/10/2018.

One thought on “Here Is My Former Colleague – LEYF!” 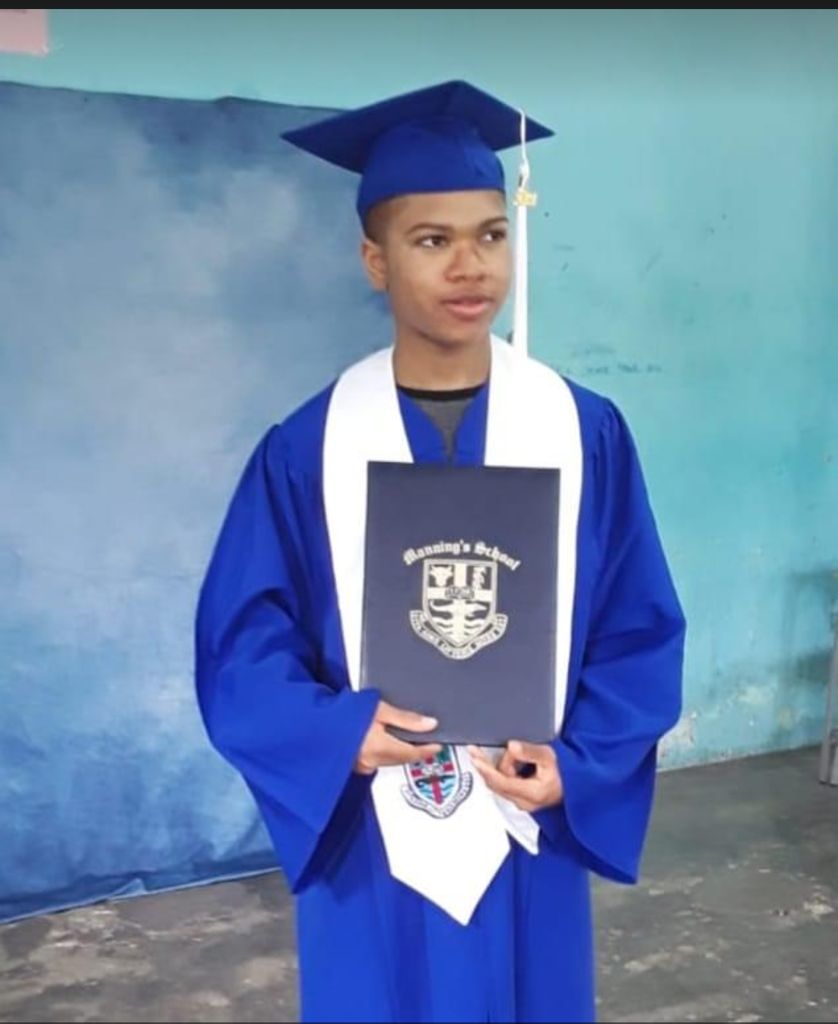 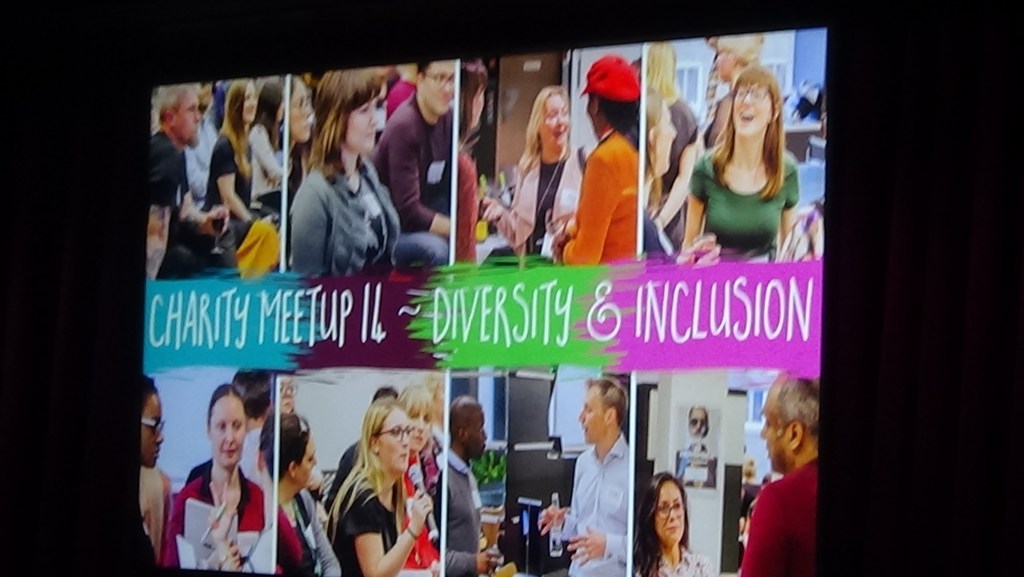 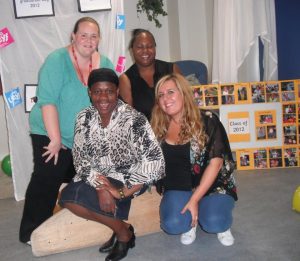 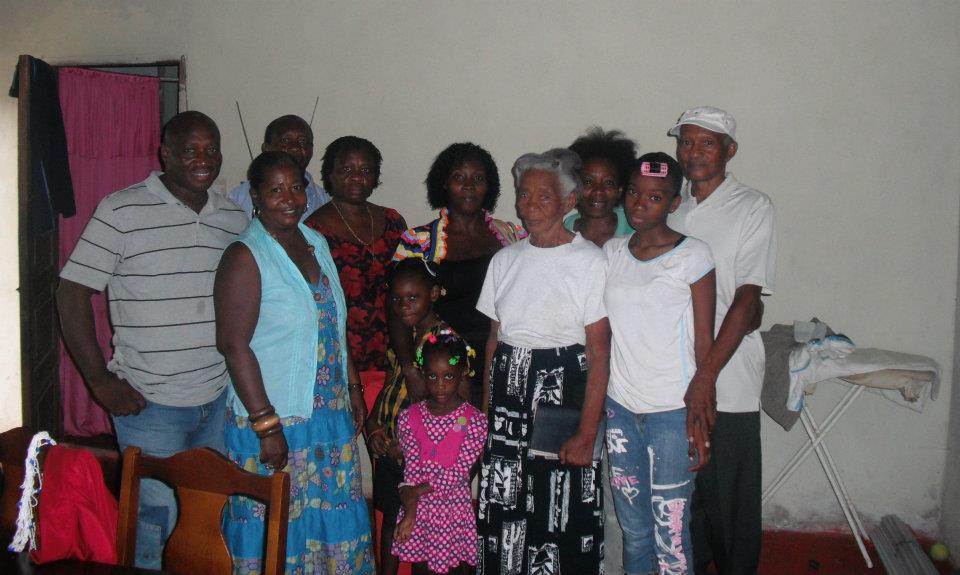