Remove The Perpetrator Not The Victims 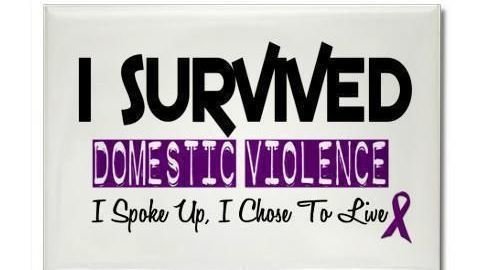 The current system does not sufficiently protect and support survivors of domestic violence. We need to change the law and the system so that survivors can regain their full freedom, safe from fear, threats and harassment, and be given appropriate support and help to heal and recover from trauma.

I am a survivor of one of the most widespread crimes of all time, domestic violence. I was held hostage, tortured, beaten and conditioned to do exactly what my abuser wanted. Miraculously, I survived.

After many, many, years I finally escaped with my children, and we were then placed in the hands of a system where, due to lack of support and appropriate care, we were traumatised further.

I fought my abuser in the law courts for years after escaping, and in the end my children and I were taken away from where we had lived and placed in a different part of the country, far from family, friends and all we had ever known. While still suffering the serious and debilitating effects of post-traumatic stress, we were put in a refuge full of strangers and had to stay near to a year in one room, without any contact with loved ones, without TV and radio, without appropriate medical care and mental health support or any resemblance of normality.

If my abuser had been sent to jail he would have had better treatment. He would have had phone calls, visits, letters to family and friends. My children and I had none of the above, and I wasn’t even allowed to have a mobile to take out and make me feel safe. I did everything and more that the system asked of me and yet I was made to feel like I was in the wrong. Being sent from one controller to an ocean of new controllers, the system that is put into place to protect us actually played a detrimental part of further trauma to us.

While we went through further stress and trauma, my abuser was free to remain in his home, in his job and within his social network, and he is still free to commit violent crimes against others.

Why should the survivors be taken away?

Why should the innocent children be ripped away from everything they have known and that offers them stability and happiness?

Why is the abuser left in their own home and job and left to commit more crimes?

Why are the innocent made to feel they have done wrong?

We want the system to change. The perpetrator must be removed, not the survivors and their innocent children.

In order to save lives we ask that the law is changed as a matter of ur-gency to protect the lives of victims, and to give them appropriate support and help so they can heal, recover and live the rest of their lives in freedom.

Today I am a survivor and I want to help make the changes that are needed to save lives.

One voice joined by a million more can save lives.

One person alone can not help everybody, but everybody can help one person.

The chancellor announced that the government will ban letting agency fees thanks to the help of 250,000 petition supporters.
Vicky Spratt started her campaign 8 months ago. Todays victory has been made cover of The Times the Guardian as well featuring on the BBC Radio 5 Live this morning. This petition has helped make a change to peoples lives……
If Vicky Spratt got 250,000 in 8 months to remove the letting agents fee!
Lets together build this petition to Remove the perpetrator who destroys lives of innocent people, not only in the UK but around the world.
Please sign and share this petition because you will not only be making change to peoples lives you will be helping SAVE lives.

This petition was delivered to:
Read the letter

A Mothers love Is A Powerful Thing

A mothers love is a powerful thing, it not only saved my life on many occasion it nutrues, drives and shapes us as the women we are and the women we want to be. It is impossible to extinguish that maternal flame…
View all updates

Steph Tomkinson, Huntington, United Kingdom
1 yr ago
Report
View all reasons for signing
I Mervelee Myers is publishing this on my website as I have had my Fight4justice campaign to seek justice againts London Early Years Foundation http://www.leyf.org.uk. Now I have the Employment Tribunal http://www.justice.gov.uk/tribunals/employment/claims/responding. The judgement posted online after the ET Judges take 5 months to copy and past the Respondent’s Summary left me opened to all kinds of terrorism from unscrupulous people like Winsome uncan of http://www.peachespublications.co.uk and http://www.ryanclement.com/. Everyone can go to https://www.gov.uk/employment-trbunal-decisions/ms.m-myers-v-london-early-years-foundation-2300047-2016.
Dr Maria Hudson 2012 Research Paper Ref: 01/12 recommended to Acas: research@acas.org.uk & http://www.acas.org.uk/researchpapers, is there for all to see.